McHENRY — The Garrett County Chamber of Commerce announced Tuesday an update to its visual identity to better reflect the organization’s mission statement and help combat misperceptions.

The new Chamber logo is an evolution of the organization’s previous logo (itself an update of an earlier design). Although the graphic and colors remain the same and the typeface is similar, the text emphasizes the words “Garrett County Chamber of Commerce” rather than “Deep Creek Lake Area.”

“The Garrett County Chamber of Commerce is pleased to present our newly worded logo,” said Andrew Fike, chairman of the Chamber’s board of directors.“We, as a board, feel this new logo better represents all Garrett County businesses.

“It’s a small, but meaningful, change,” said Nick Sharps, membership development manager for the Chamber. “We are excited to move forward under this new logo and recommit ourselves to organizing, supporting and representing Garrett County’s business community.” 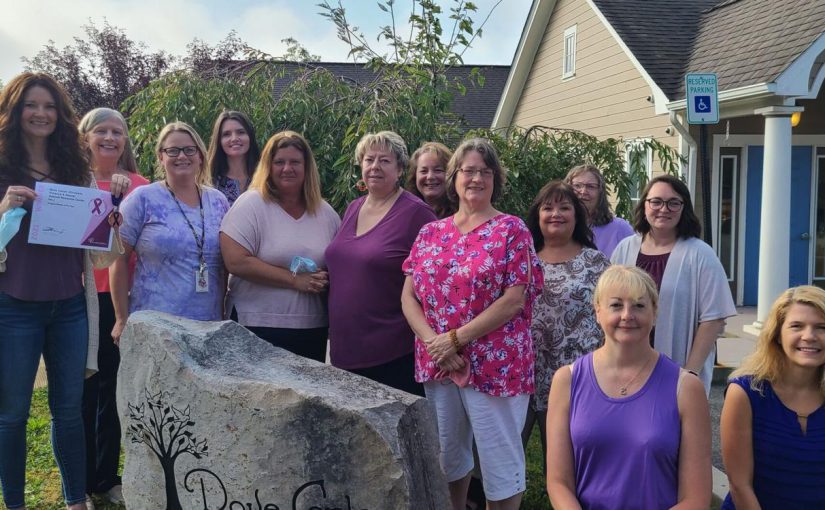 OAKLAND — The Dove Center has been named a recipient of a Theresa’s Fund 2021 Purple Ribbon Award in the category of Program/Shelter of the Year.

Winners are chosen across 28 categories, as judged by a national panel of respected professionals from the domestic violence field.

The Purple Ribbon Awards are the first comprehensive awards program honoring the heroes of the domestic violence movement, including advocates, programs, shelters, survivors and members of the community support system. Winners include entries from the United States, Canada and Puerto Rico.

All other entries received an honoree certificate “because everyone’s heroic efforts to help victims of domestic violence deserve acknowledgment and applause.”

Each entry was scored by three judges and each judge scored each entry on a 1-25 scale across four factors: Challenge & Impact (the scope of the challenge faced and overcome), Creativity & Originality (the inventiveness of the nominee in their endeavor), Submission Excellence (the caliber of the materials accompanying the entry) and Overall (the overall performance of the entry relative to other entries).

The scores for an entry were averaged and up to the three highest scores in a given category received a Purple Ribbon Award.

In other words, there were three separate competitions within each category to provide organizations the opportunity to be reviewed among their peers.

The Garrett County Chamber of Commerce is offering discounts for military members on its website, visitdeepcreek.com. The promotion runs from March 1-31, non-holidays.

“The Military March promotion is a terrific way for military members to save on a trip to the Deep Creek Lake area and Garrett County,” said Sarah Duck, vice president of tourism & marketing for the chamber. “We are proud to honor our nation’s heroes with discounts from a wide variety of our area’s businesses.”

WASHINGTON — U.S. Sens. Ben Cardin and Chris Van Hollen and Rep. David Trone, all D-Md., have announced $16 million in funding through the U.S. Department of Transportation for airport infrastructure improvements in Western Maryland.

Garrett County Airport will receive $5,035,688 for the expansion of its apron.

The project will expand the existing general aviation apron to 10,100 square yards to meet Federal Aviation Administration design standards. The grant will fund the final phase, which consists of construction.

An intent to fund this project was previously announced by the secretary of transportation on May 15, 2019.

Hagerstown Regional Airport-Richard A. Henson Field will receive $6,304,480 for the rehabilitation of its main runway, while Frederick Municipal Airport will receive $4,662,770 for the relocation of a taxiway.

Funds authorized under the Coronavirus Aid, Relief and Economic Security Act, which waived local cost-share requirements for federal airport grants through FY2020, will help cover state and local funding obligations for the projects.

“These airports provide a vital connection between Western Maryland and other parts of our state and region. They have continued to serve communities and local economies despite facing significant financial challenges in recent months,” said Cardin, ranking member of the Senate Environment and Public Works Committee’s Transportation and Infrastructure Subcommittee. “Improving and upgrading Maryland’s public infrastructure will be critical for our recovery from the downturn brought on by the COVID-19 pandemic. I will continue to fight for investments like these throughout our state.”

“The Hagerstown Regional Airport, Frederick Municipal Airport and Garrett County Airport serve as crucial connecting hubs, support local jobs, and create economic opportunity. This investment will go a long way toward keeping critical infrastructure modernized so that all our airports can continue providing top-notch service,” said Van Hollen, a member of the Senate Environment and Public Works Committee. “We will keep working to bring federal resources to Maryland’s transportation infrastructure given the vital role they play in local communities like these in Western Maryland.” 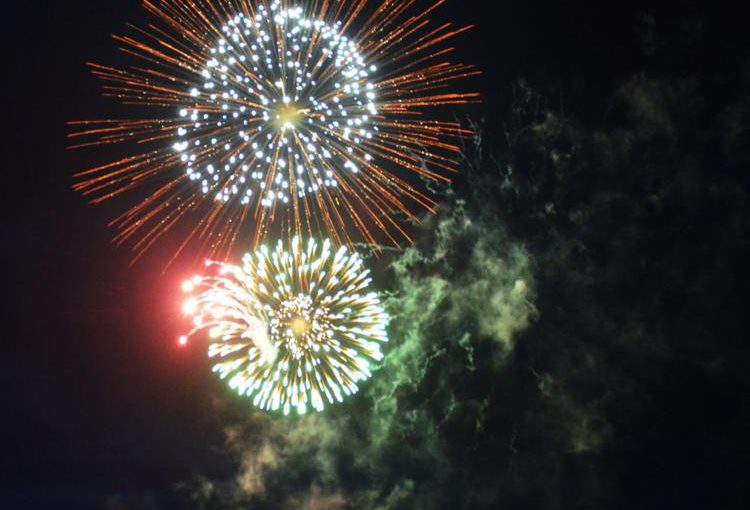 OAKLAND — With COVID-19 putting a damper on many summer events, it’s not holding back a pair of mainstay fireworks displays in Garrett County.

Fire on the Mountain

Fireworks will light up the sky July 4 as the Garrett County Chamber of Commerce presents the annual “Fire on the Mountain” Fireworks Display.

The display is set to begin at dark. The fireworks are launched from the top of the Tubing Park at Wisp Resort. Prime viewing locations include the Scenic Overlook on U.S. 219, Wisp Resort, local businesses in McHenry, and from boats on the lake, particularly around McHenry Cove.

For any location from which you choose to view the fireworks, remember to practice social distancing.

Wisp Resort is the associate sponsor. 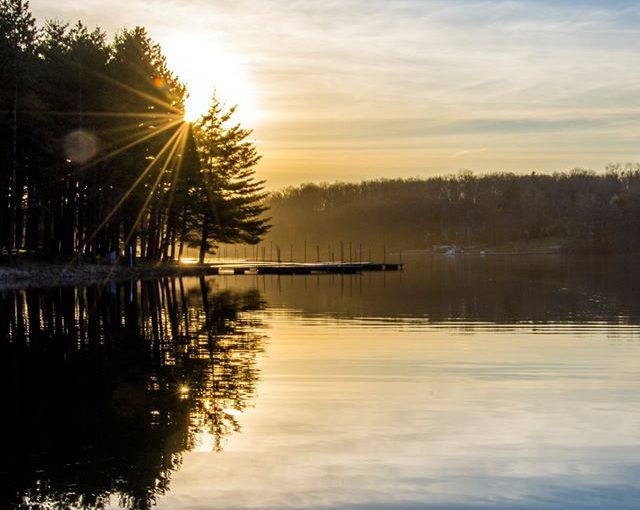 Maryland remains under a stay-at-home order with schools and many businesses closed, but Gov. Larry Hogan announced a slight easing of restrictions Wednesday on outdoor recreation and nonemergency medical procedures.

The governor amended his stay-at-home order to allow for individual and small group sports — such as golfing and tennis, outdoor fitness instruction, recreational fishing and hunting, recreational boating and horseback riding — starting Thursday.

Also, Maryland’s state-owned beaches and parks will open Thursday for walking and exercise. Local governments will have the flexibility to take similar actions at their discretion, Hogan said.

“I know how anxious people are to get outside, both for their physical and mental well-being, and we know that outside activity is safer than inside activity,” Hogan said during a news conference Wednesday at the State House in Annapolis.

Hogan also announced that hospitals can resume nonemergency procedures, which had been barred in an attempt to keep inpatient populations low in case a surge of COVID-19 cases threatened to overwhelm them.

“Many Marylanders may have put off important procedures, screenings and other things that they really need to attend to,” Hogan said. “If there’s something that you have had to delay — like a PET scan or a biopsy, an angioplasty or an orthopedic procedure — you should now be able to take care of those time-sensitive procedures.”

The changes marked the first easing of Hogan’s strict statewide restrictions, imposed starting in March to limit the spread of the coronavirus. The governor has pushed back against a wider reopening, saying the state needs to reach a sustained decline in the number of hospitalizations for treatment of the illness.

The governor’s move to reopen golf courses followed lobbying by owners and operators of clubs. A Politico reporter even asked him about it in April during a live interview.

“I want to get you on the record on this critical issue,” Politico reporter Jake Sherman asked. “Will golf courses in your state open any time in the near future?”

“Is there particular golf course that you would like to have open?” Hogan responded, chuckling. Hogan went on to say that opening golf courses would be “one of the early things that we do” as part of reopening — a pledge he fulfilled Wednesday.

David G. Bannister, board member of the Caves Valley Golf Club in Baltimore County, said he thinks golf is an activity that can be done safely.

While some courses might reopen immediately, Caves Valley plans to take its time preparing the facility and open May 22.

“We need a couple weeks to get things ready to go,” Bannister said. “Caves is a high-end experience. In order to present it the way you want, it takes a little time to tidy up.”

Republican lawmakers also had pressed to allow golfing, including U.S. Rep. Andy Harris, Maryland’s only Republican in Congress. Though he’s not a golfer, Harris said as an anesthesiologist he understands how to control infections. 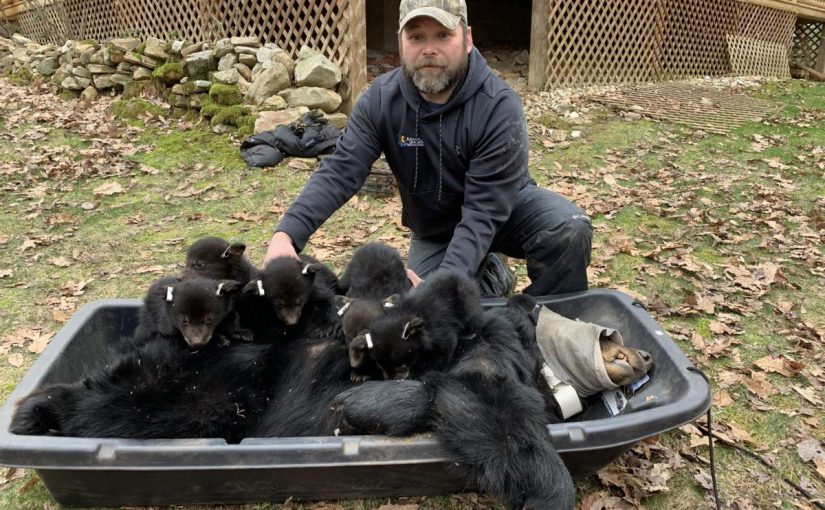 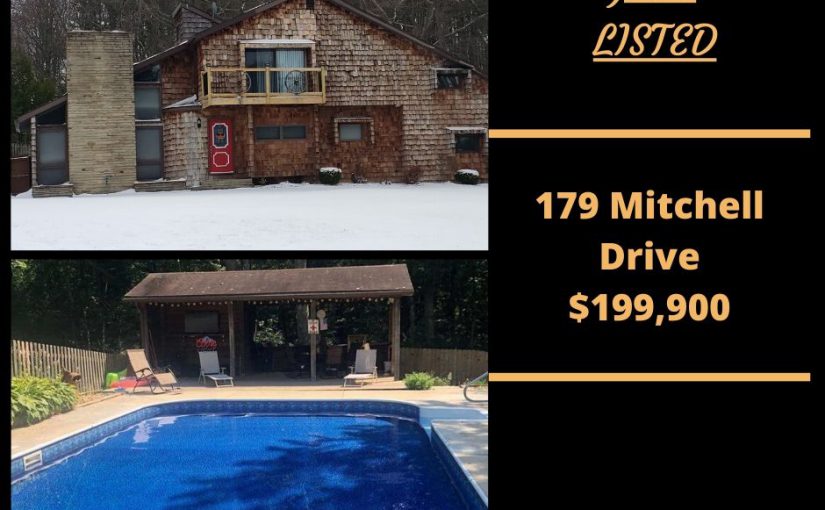