group is asking the Maryland Department of Natural Resources to suspend a pending land purchase that would create more public access to the state’s largest lake.

concerns about whether the site is appropriate for public access

MCHENRY, Md. (AP) – Officials say the use of jetpacks has been restricted at Deep Creek Lake.

The Cumberland Times-News (http://bit.ly/1KghIFO) reports that Deep Creek Lake Policy and Review Board spokesman Bob Hoffmann says the devices can be used, but not on weekends or holidays during the summer

Jetpacks are backpacks that use water to thrust a wearer into the air. 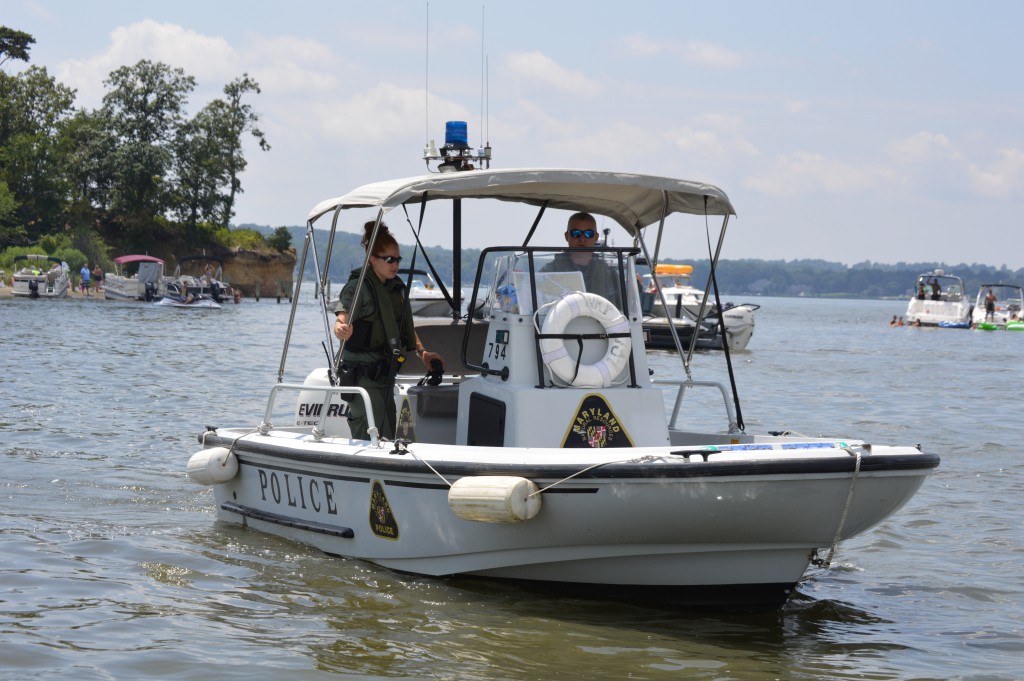 After a weekend in which three people died on Maryland waterways, the mission for the Maryland Natural Resources Police this July 4th holiday is simple: fewer boating accidents.

The game plan is direct: officers will be going all-out on the state’s waterways, from the Atlantic Ocean to Deep Creek Lake.

“Maryland has seen eight boating fatalities so far this season and that’s eight too many,” said Col. George F. Johnson IV, NRP superintendent. “Our officers will be aggressively targeting reckless and negligent boaters, and those whose judgment is impaired by alcohol or drugs.”

June marks the last few weeks of school, the beginning of summer and the perfect time to get outside! The Department of Natural Resources makes celebrating Great Outdoors Month fun and easy with its network of beautiful state parks, a variety of educational programs and the AccessDNR mobile app.

From trekking the mountains of western Maryland, to swimming in Deep Creek Lake, to camping at Assateague Island, Maryland’s 66 State Parks offer recreation to satisfy all types of interests. And with the location-based AccessDNR app, users can easily discover and locate state parks, trails, boat launches and hunting lands, in relation to where they are.

For those in search of guided activities, DNR’s Calendar of Events lists a variety of scheduled opportunities including nature crafts, animal encounters, pontoon tours, educational hikes, stargazing, fishing trips and much more. Available throughout June, and all year long, most of these DNR-sponsored activities are extremely affordable, if not free. And don’t forget, June 6 and 13 (and July 4) are free fishing days in Maryland!

Each spring, agents fan out to find bear cubs and their mothers to tag them for future monitoring. On Wednesday, they were out near Deep Creek Lake.

Deep in a hole in a hillside along a cold mountain stream, a black bear gave birth. State biologists have been tracking the 12-year-old bear with a radio collar for years. On Wednesday, it was time to change her collar and check her cubs. Biologists say their greatest concern is keeping the cubs warm.

It took two to pull the 230-pound adult bear from her den, before a veterinarian checked her.
Read more: http://www.wjla.com/articles/2015/03/md-dept-of-natural-resources-tags-black-bears-112622.html#ixzz3VV5P41Nt

State forest annual work plans identify the work that is to be accomplished for the fiscal year within the scope of the forest’s long-range management plan. The plans address establishment, growth, composition, health, quality forest management operations, as well as maintenance and construction projects, and other required work.

The Maryland Department of Natural Resources (DNR) and Garrett County have partnered to develop a comprehensive watershed management plan for Deep Creek Lake. The Deep Creek Watershed Management Plan will serve as a comprehensive, best practices guide to ensure that one of Maryland’s most visited, revenue-generating sites is protected far into the future. In addition to protecting the lake’s sensitive natural resources, the plan will address water quality and recreational activities like swimming, fishing, boating and scenic viewing.  For more information please visit the DNR Lake Management Plan website.

The Department of Natural Resources

and the Garrett County Commissioners released the plan Friday for public comment through Aug. 9.

The plan calls for the state and county to jointly develop

an agency to coordinate activities within the watershed.