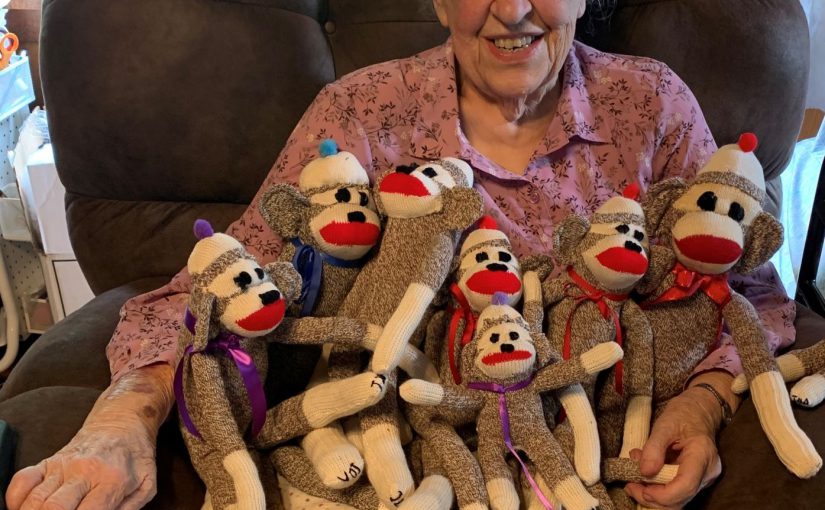 Gradually, she began making more for birthdays and other gifts as needed. Then she started teaching the nursery-aged Sunday School class at her church about 30 years ago. She started making sock monkeys to give to her students on their birthdays, and continued this for as long as she taught the class.

Maust said she’s not sure how many monkeys she has made over the years, but estimates that it is somewhere between 400 and 500.

“I don’t know how many I made each year,” she said. “I know one year I made 80, when I gave each of my children and grandchildren one for Christmas, but that’s been a good many years ago now.”

She has been trying to make one for each great-grandchild when they turn 2 (which included three last month.)

Maust and her husband, Elmer, were married 47 years before he died in March 2002.

In the early days, she bought the socks locally, but then wasn’t able to find them at stores. She used regular socks that didn’t have the red heels for awhile until she was able to get them again. Today, she buys them by the box online.

“Sometimes I just got socks that were brown or gray or something that would look nice for a monkey,” she said. “I like these better because it’s what they were intended for.”

She said she doesn’t feel bad about cutting the socks up to make monkeys for children.

“I still get a lot of socks and give them to organizations when they need them,” she said.

Maust slowed down on the sock monkey making during some years, especially when she was busy with Garrett County Hospice, working as the volunteer coordinator.

Now 86, Maust went through some changes in her life in the last two years. It began with a knee replacement in July 2019. 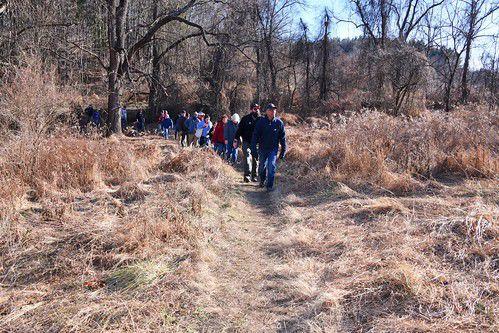 Hikers logged more than 10,000 miles on trails in parks and public lands all across Maryland, according to DNR.

Park rangers, staff and volunteers guided hikers of all experience levels ringing in the new year on the trail. With 43 hikes at more than 30 locations, the Maryland Park Service registered 3,834 hikers participating in guided hikes, while 1,152 people hiked 1,516 miles on their own — a grand total of 4,986 hikers, not counting many who didn’t check in with a ranger. Even more people hiked in Maryland’s state forests, wildlife management areas and other public lands. 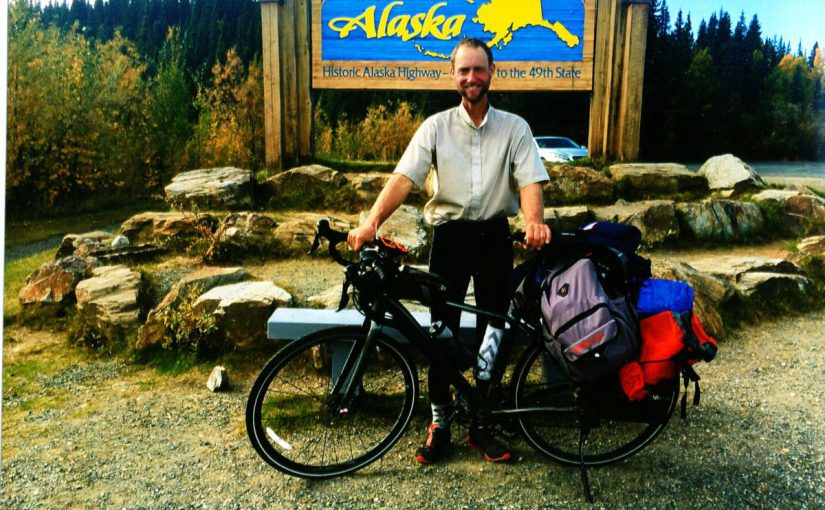 OAKLAND — Alan Peachey recently returned to Oakland from an extended trip to Alaska.

Such a trip is not uncommon for those who like to travel. However, his mode of transportation was anything but ordinary. He traveled 5,095 miles on a bicycle.

“I had wanted to do a long-distance bike tour for quite some time, and this is the summer I made it happen,” he said.

Peachey left Oakland on July 19. He biked for 56 days, arriving in Prudhoe Bay, Alaska, a few miles from the Arctic Ocean, on Sept. 12.

He averaged 91 miles a day on his trip.

“This was never a race,” he said. “On lots of days I could have started earlier and pushed myself harder,” he said. “Ultimately, it was more of a test of mental endurance than physical. You have to have the will to keep going day after day in all kinds of terrain, temperatures, insects and headwinds.” 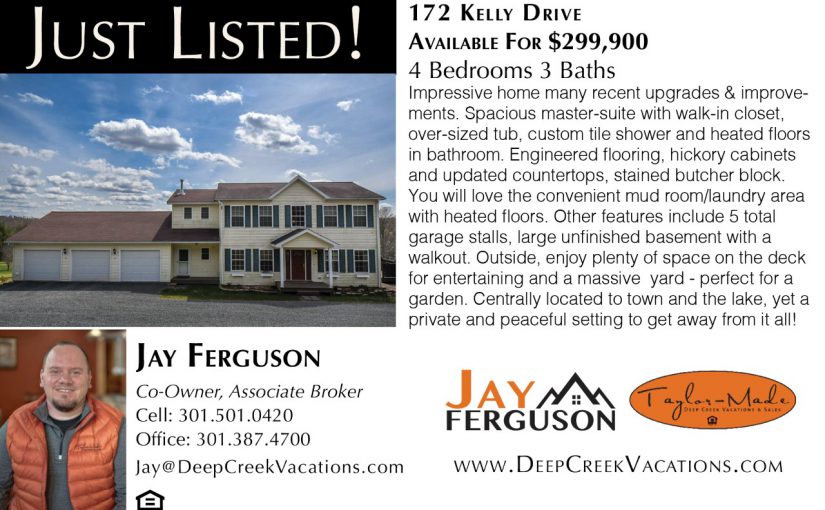 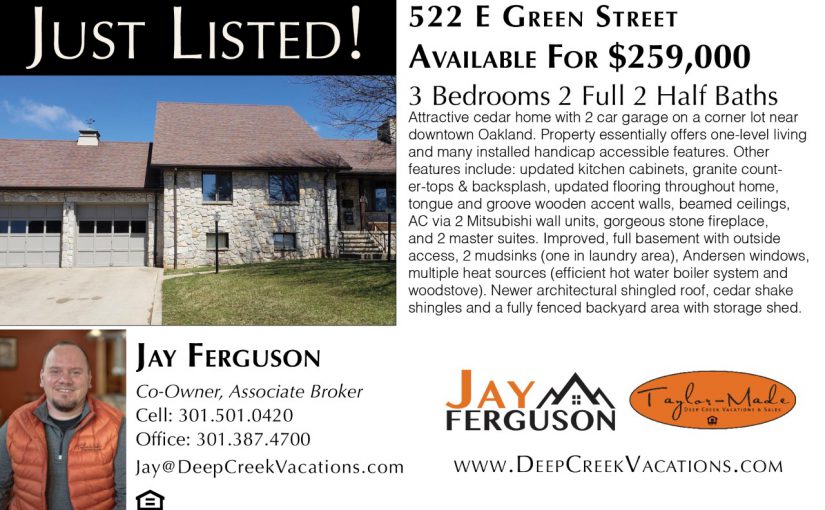 If you are looking for an agent that has a great reputation and will go the extra mile to sell and find homes for all clients- call Jay now! 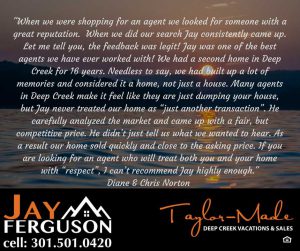 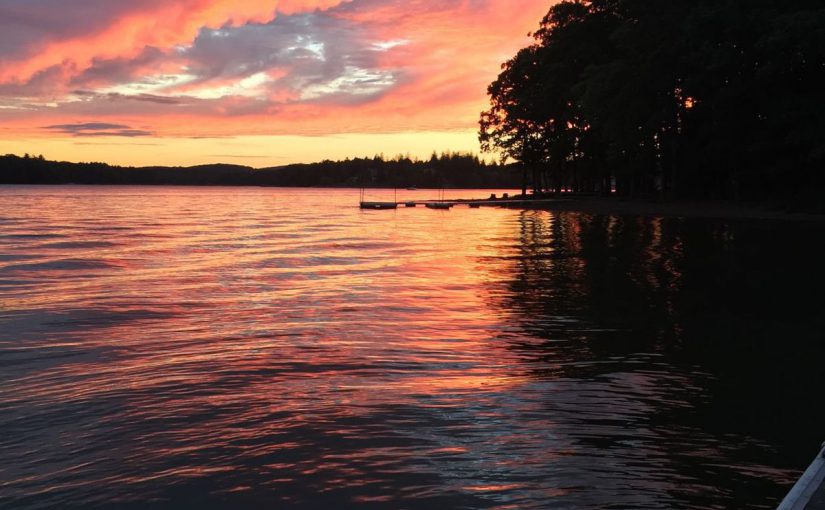 If you didn’t get a chance to take advantage of Maryland’s last free fishing day on the Fourth of July, you should most certainly get yourself a license and hit the water this weekend because there’s something for everyone right now in every fishing hole from the lakes and reservoirs to Ocean City’s shores.

Southern Maryland lakes and ponds — Anthony Hancock, manager at Gilbert Run Park in Dentsville, said that with the extreme heat there hasn’t been much fishing activity going on.

Fishing early and late with topwater lures is a great way to target bass right now. During the heat of the day, most bass will find the nearest drop-off from shore and hold near available cover. Fishing around low trees and docks with lightly weighted soft plastic baits, jig-and-craw combos or creature-type baits is your best bet.

The bluegill are eager to eat small pieces of nightcrawler or live crickets. Fishing for bluegill early and late in shallow water is productive as they’ll also move to deeper, cooler water during the heat of the day.

Just a reminder that the park opens at 7 a.m. on weekends and 7:30 a.m. during the weekdays. The park closes seven days a week at 8 p.m. 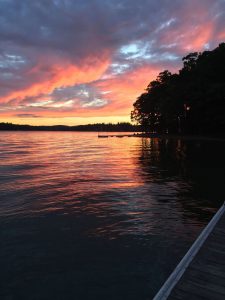