FRIENDSVILLE — The town of Friendsville recently received a $78,500 award as one of the recipients of the 2013 Bikeways Program Grant.

“We are very happy to receive the grant. I appreciate the cooperation of everyone that we worked with to achieve this grant,” said Mayor Spencer Schlosnagle. “It is part of the master plan for our future to bring in economic development for recreational activities.”

The grant will be used for designing and engineering a town trail that will extend to the community park.

It also will help with additional signage, bike racks and safety improvements in the future construction of the Kendall Trail, according to Schlosnagle.

The Kendall Trail, which begins on Morris Avenue, is about three miles long and, once fully completed, will go into the Sang Run area of Oakland.

“It’s a big benefit for our community,” said Schlosnagle.

The Bikeways Program is an integral part of the proposed Eastern Continental Divide Loop Trail, an initiative developed and led by Garrett Trails.

The vision for the proposed loop trail is a 150-mile, hard-packed, multi-user trail that runs through the heart of Garrett County and bridges the connections between existing trails and connects to larger trail networks outside the county, according to the Garrett Trails website.

The northern portion of the loop trail leads through Grantsville, eventually connecting with the Great Allegheny Passage in Meyersdale, Pa.

The existing Allegheny Highlands Trail forms a loop at Confluence, Pa., where it can be taken to the southern portion of the loop beginning at Friendsville, according to the trail’s website.

“The benefits of a county-wide recreational trail system are wide-ranging. A comprehensive trail system will enhance the quality of the life within the county and become an indispensable asset,” states the 2003 Garrett County Recreational Trails Plan update.

“Although creating or expanding a trail system can deliver significant economic benefits by itself, communities can do more to capitalize on the economic potential of trails. Trails generate positive economic impacts by delivering additional spending to businesses. As businesses become more productive, new jobs and tax revenue follow.”

Statewide, the Bikeways Program provided 28 winners with $3.13 million in grants to seven counties, Baltimore City and 12 other municipalities, according to the program website.

These projects are the second set of grants awarded through the Bikeways Program, bringing the total to 48 bikeways grant recipients for a total of $5.63 million to date.

The grant was made possible thanks to the assistance of Gov. Martin O’Malley, who facilitated the program; U.S. Sen. Ben Cardin and his staff, who are strong proponents of hiking and biking trails; and Garrett Trails, according to Schlosnagle.

“It is a joint effort with everyone working together to make it a reality,” Schlosnagle said.

For more information on the proposed Eastern Continental Divide Loop Trail, visit the website at www.garretttrails.org. 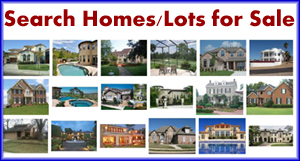