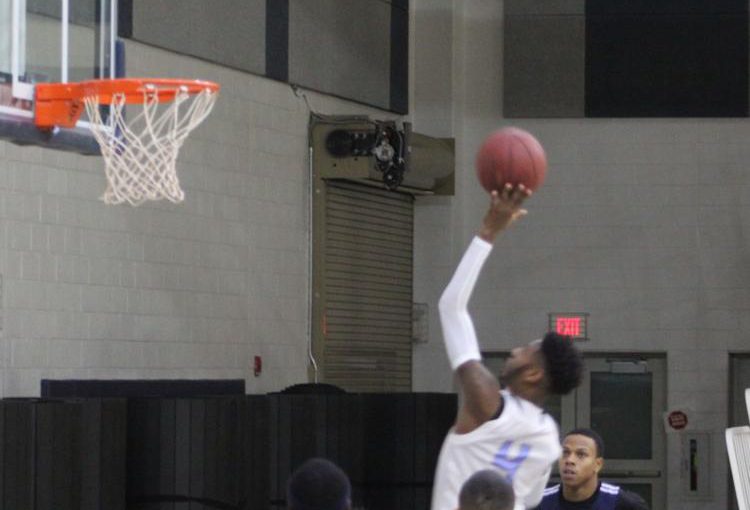 MCHENRY — The Garrett Lakers’ men’s basketball team moved to 6-2 on the season after blowing out Pennsylvania Highlands Community College last Wednesday (Dec. 4) before falling in overtime on the road to Montgomery College.

Seven Lakers scored in double figures as the hosting Lakers defeated Penn Highlands, 117-52, at the CARC Arena for the team’s third consecutive victory.

Garrett, down 10-7 early, got a three-point play from D’Monte Brown and a three-point basket from Meron Gheybreyesus as the Lakers took the lead. Cameron Selders later drained a three-pointer 10 minutes into the first half to give the hosts a double-digit lead at 27-17.

This would prove to be the spark plug for the rest of the match, as from then on it was all Lakers. Garrett finished the first half on a blistering 26-6 run to create an insurmountable 64-29 lead going into the locker room and then proceeded to outscore the Black Bears 53-23 in the second half.

Strahinja Ivic led all scorers with 21 points for the Lakers and snagged eight rebounds. Gheybreyesus finished with 19 points and six rebounds. Brown added 15 points; Sam Martin and Merlon Devine each had 11; and both Oliver Jacquot and Ngoye BobManual chipped in with 10 to round out the team’s double-figure scorers.

Frederick N. Rasmussen talks about the age old debate of whether Maryland is Northern or Southern in the Baltimore Sun. I got a kick out of the following about Western Maryland:

“Maryland is in many ways three states in one – all below the Mason-Dixon line, to be sure. Residents of far off Western Maryland, closer to Pittsburgh than Baltimore, tend to follow those professional sports teams. I remember being at Deep Creek Lake in the early 1980s trying to find a Baltimore newspaper and instead being confronted with stacks of Pittsburgh papers.”

It’s true that most here tend to cheer more for the Pittsburgh Steelers, Penguins, & Pirates, though there are some of us who share our love of Pittsburgh sports with at least one other ‘Maryland’ team – my weakness is the Washington Redskins 🙂 So the way I look at it, my two favorite football teams have 9 Super Bowls between them! I have come to think of my teams as the Steelskins: