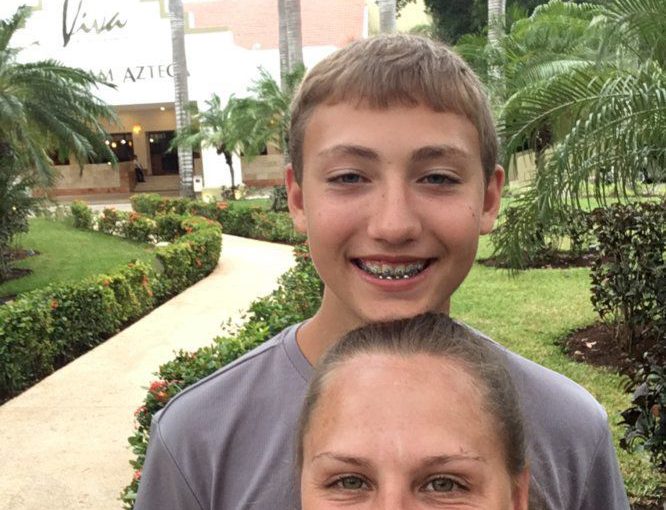 DEER PARK — Working through Garrett County Habitat for Humanity, Jessica Wilson was able to acquire her own home in Deer Park about 10 years ago.

But the story doesn’t stop there. Wilson said she had such an “amazing experience” through the process that she wanted to help others have homes of their own.

“I enjoy working with Habitat locally and internationally,” she said. “I volunteer when I’m able to. I help with the dinner auction fundraiser Habitat has each year, as well as spread the word of Habitat to anyone who will listen.”

Wilson’s experience began in 2009 when she found herself in a tough relationship that she decided she needed to leave for her health and safety.

“I was a young mother with a young child on my own and nowhere to go except back to my mother’s two-bedroom trailer that she and my younger brother lived in at the time,” she explained. “For a while, my son and I slept on a blow-up mattress in my mom’s living room, pulling our clothes out of Rubbermaid totes at the beginning of each day.”

Over those years, she has taught many classes, directed VBS, went on camping trips, served as a counselor at church camp, had overnight lock-ins, went roller skating, ice skating, sled riding, horseback riding and on picnics.

She traveled with children and families to Ocean City for youth conventions, held movie nights, GLOW Nights (a Halloween alternative) and directed Christmas programs and other children’s musicals.

The Maryland Park Service (MPS) announced this week that, starting this Saturday, Feb. 16, ice along the shoreline of the Discovery Center at Deep Creek Lake State Park will be removed to open the waters for cold water rescue training. This area will remain unsafe for quite some time, an MPS spokesperson said, and will be marked with reflective buoys.

The water rescue training is for emergency services personnel of several Montgomery County fire and rescue companies and will include the operation of airboats during daylight hours.

“The boats are very loud, and residents and visitors should not be alarmed by the sound,” the spokesperson said.

Ice fisherman, hikers, snowmobilers, and others on or around the lake should stay alert and be aware of potential safety hazards, many of which go unseen, especially at night. Snowmobilers are reminded that surface conditions under bridges are often particularly hazardous from falling salt, and snowdrifts or pressure ridges can act as ramps, causing sleds and snowmobiles to become airborne. MPS urges visitors to the lake to wear, or have handy, a personal flotation device.

Deep Creek Lake is a part of the designated off-road vehicle trail system open to registered snowmobiles only, which may operate at night if equipped with working head- and taillights. Permits are available by mail, at Deep Creek Lake and New Germany state parks, and at Savage River State Forest during normal business hours.

Visitors can access the lake at Deep Creek Lake State Park or with permission from a private landowner with a permit site.

To report people, pets, or wildlife that have fallen through the ice, persons are asked to call either 911 or the Maryland Department of Natural Resources at 410-260-8888.

Some of the pending changes that highlight the press release:

Feel free to take a look, there will be a public hearing scheduled in the near future.

Here is a link to the .pdf file 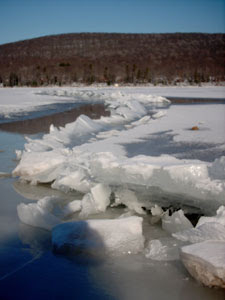 MCHENRY — As temperatures begin to freeze area waterways, the Maryland Park Service cautions that anyone enjoying winter activities on Deep Creek Lake or any frozen body of water, should use care, particularly at night.

“Snowmobilers, ice fishermen, hikers and cross-country skiers traveling on the frozen lake should exercise caution,” urged Deep Creek Lake Recreation Area Assistant Manager Mark Spurrier. “Wearing a personal flotation device could prevent a tragedy. If you encounter people, pets or wildlife that have fallen through the ice, call either 911 or the Department of Natural Resources at 1-800-628-9944 for assistance.”

Road salt and abrasives plowed from highway bridges may affect the quality of the ice underneath and unseen snowdrifts can act as ramps and cause sleds and snowmobiles to become airborne leading to a loss of control and accidents.

Deep Creek Lake is a part of the designated off-road vehicle trail system permitting use by registered snowmobiles only. Permits are available by mail or at any of the local state park offices during normal business hours. Snowmobiles may operate at night if equipped with working head and taillights. Snowmobilers may access the lake through Deep Creek Lake State Park or with permission from a private landowner. For further information on ice conditions at Deep Creek Lake, call 301-387-5563 during the weekday or the Discovery Center on weekends at 301-387-7067.

GRANTSVILLE — A Virginia man was taken to the Western Maryland Regional Medical Center after he crashed his helicopter in an open field near Amish Road early Wednesday evening.

Maryland State Police said Kolby Lee Reese suffered multiple injuries in the incident that occurred at about 6:15 p.m. No information was available concerning his condition.

The incident remains under investigation by the Federal Aviation Administration and state police.

The helicopter is reportedly owned by Chesapeake Bay Helicopters in Chesapeake, Va. Unconfirmed reports indicated the pilot was en route to Pittsburgh when the aircraft crashed. The pilot reportedly used a cell phone to report the crash.

Department of Homeland security grant awards decreased for both counties

CUMBERLAND — Allegany and Garrett counties have been allocated thousands of federal dollars in Department of Homeland Security grants, according to a news release from the office of Gov. Martin O’Malley.

Through the State Homeland Security Grant program, the federal department allocates funding annually to Maryland’s state government, which in turn distributes the money to county emergency management and law enforcement agencies. The funding is intended to support homeland security projects and preparation at the local level.

Allegany received $233,182, down from about $270,000 in 2008, according to Dick DeVore, chief of the emergency management division of the Allegany County Department of Public Safety. Garrett County received $154,362, about 10 percent less than its allocation in 2008, said Public Safety and Emergency Management Director Brad Frantz. Since fiscal 2007, Allegany has received a total of $822,700 in federal homeland security funds, while Garrett has received $544,000.

The federal department allocated just under $17 million to Maryland in fiscal 2009, part of $861.3 million distributed nationwide.

Garrett County law enforcement will receive about 25 percent of the county’s total allocation. Sheriff Gary Berkebile said one of his top priorities for that money is to develop communication interoperability among county emergency services.

“We’re glad to have it and we will put it to good use,” he added.

Allegany County will take advantage of an opportunity provided by a slight change in funding use guidelines, DeVore said.

At least 25 percent of the funds must be used for planning, training or exercises for law enforcement terrorism prevention, according to the federal department. Up to 50 percent of the grants can be used to pay personnel costs, including operational overtime, intelligence sharing, participation in trainings and hiring consultants. No more than 3 percent can be used for management and administrative costs.

In a Dec. 8 news release, department secretary Janet Napolitano announced a reduction in next year’s total State Homeland Security grants. The total allocation will drop from $861.3 million to $842 million.